Let it out: you don’t need to hide behind a smile

This is the message we gave to young men across the UK in August 2021, when we launched our ‘Let It Out’ campaign, funded by Harry’s.

Despite being a community that is disproportionately impacted by mental ill health, young Black men and boys face significant barriers to getting the mental health support they need and we could see that as a community, as well as males as a wider demographic, they were underrepresented in Shout users.

This situation was further exacerbated by the Covid-19 pandemic, making it even more crucial to explore the mental health challenges young Black men and boys are facing and identify the most effective ways to reach them with appropriate support.

To understand how the audience felt about the subject of mental health and Shout as a service, we conducted in-depth research, working with agency The Outsiders, who specialise in understanding the challenges faced by hard-to-reach groups.

Through video calls and messages, participants - who included 10 boys and young people aged 14-24, five youth workers from organisations including Football Beyond Borders, Street Soccer London and Inside Success and seven youth culture experts from various sectors - talked to researchers about their struggles with mental health, their fears of how they come across to others and the pressures they face everyday.

While many of these pressures, such as feeling isolated and worrying about falling behind, were exacerbated by the pandemic, even more had been integral parts of their lives for much longer. These included racism, stereotyping and a fear of appearing vulnerable.

Co-creation of a marketing campaign

We took this research to community interest company, Create Not Hate, to co-create a campaign with young men and boys from the audience we were trying to reach, to encourage them to reach out for help with their emotions and to text Shout for help if they need it. Founded by Trevor Robinson OBE, Create Not Hate works with young people who are underrepresented in the creative industry to help them access opportunities – in turn increasing diversity in advertising – and to address social issues they live with everyday.

Young people were recruited from various youth outreach and employment programmes in central London. Many were not in education, employment or training (NEET). Around 40 young people joined workshops that were designed to feel like real agency briefing sessions, where they learned about the process of developing a creative campaign and took part in every stage of it.

They received coaching by mentors from leading creative agencies who guided the group, helping them to transform their initial ideas into creative concepts. The workshops and mentoring sessions gave the young people the chance to understand and gain work experience and connections in an industry they may not have considered accessible to them before.

Four teenage boys starred as the faces of the final campaign, while they and many more contributed to its development. 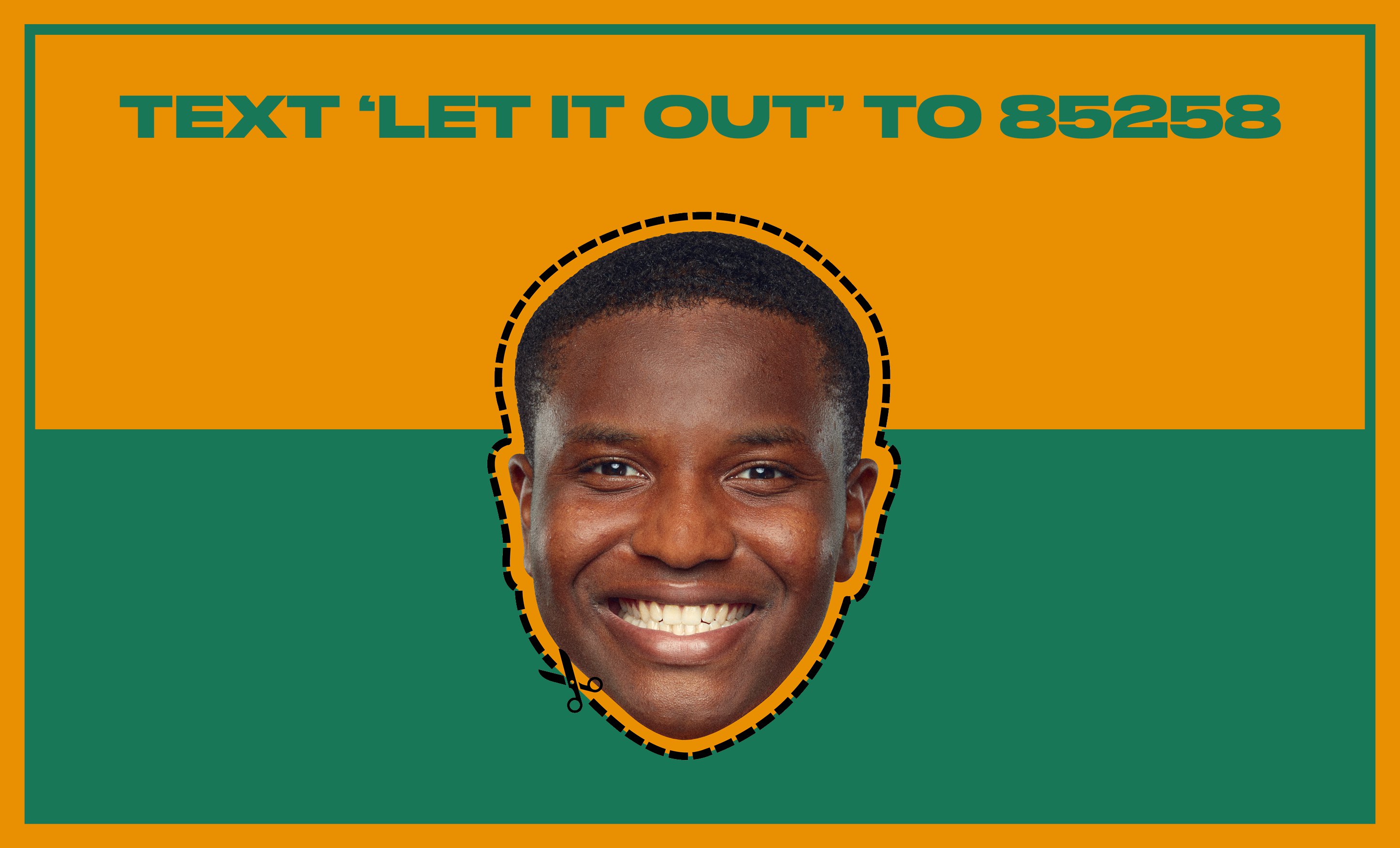 Using learnings from the initial research which told us that the audience would be most receptive to hearing our message though their favourite social media platforms (TikTok, Instagram and Snapchat), while they listened to music (streamed through Spotify and YouTube) and from trusted influencers, we approached digital platforms and out of home advertising providers in cities around the UK.

Through ads on digital platforms including Snapchat and Spotify, social media activity, nationwide outdoor ads and articles in the media, the first stage of the project had a reach of around 6,000,000 - putting the Shout service in front of new audiences across the UK.

To build longer term, sustainable engagement and reach the audience through trusted community channels, we identified and reached out to grassroots organisations, securing the support of around 15 partners who distributed campaign materials to their audiences in the form of posters, flyers and online signposting. These included West London Zone, Leap Confronting Conflict and Bayo, a digital hub by and for the Black community, managed by The Ubele Project.

“Thank you so much for reading through my issues and helping me think rationally. Please keep doing what you are doing because if there are others like me out there, they need someone like you to stop them from giving up.”

Since the launch of the project, we’ve had more than 750 conversations with texters contacting us using the ‘LET IT OUT’ keyword. 88% of these told us that they found the conversation helpful.

‘LET IT OUT’ conversations are most likely to include anxiety (39%), depression (36%) and relationships (34%) as issues. The keyword is most used at nighttime, between 10pm and midnight.

“Thank you for helping me at my darkest. The kindness you showed me can change the lives of thirteen year olds with stories like mine, as you did me.”

This campaign forms part of Mental Health Innovations’ diversity, equality and inclusion (DE&I) work to be an inclusive charity that has targeted reach into diverse audiences who can benefit the most from digital mental health support.